Toro is a region that is a bit of a well-kept secret. It is found along Duero’s riverbank, between the provinces of Zamora and Valladolid, in the extreme western area of the region of Castilla y León.

Toro is a Spanish appellation (DO) created in 1987. The sandy soils of this DO have protected many vines from the phylloxera crisis of the 19th century, which decimated most of the vines of Europe. (Phylloxera is pest which feeds on the roots of grapevines) As a result, Toro has very old vineyards with pre-phylloxera Tinta de Toro vines, which is the main variety of this region.

Although Tinta de Toro is generally considered synonymous with Tempranillo, Tinta de Toro has a certificate that demonstrates it is an indigenous variety, with ampelographic and agronomic characteristics differentiated.

The temperatures of this region vary greatly, ranging from 37°C (98.6°F) during the summer to -11°C (12°F) during the winter. Temperatures can change drastically from day to night, varying from 37-20°C (98.6-68°F) in the summer. If it is not monitored carefully, the extreme heat can result in very high levels of alcohol. The DO allows up to 15% alcohol levels, but expect levels around 13.5%. With these climatic extremes, extraction must be precise, otherwise the results are wines with overpowering tannins and super high alcohol content.

-Crianza: To use the word “crianza” on the wine should have been aged a minimun of two years, divided in, at least, six months in oak barrels and 6 in bottle.

-Reserva: To use the word “Reserva” on the wine, it should have been aged a minimun of three years, having been submitted to a process of mixed ageing in oak barrels and bottle. The wine must be aged at least 12 months in oak barrels.

-Gran Reserva: To use “Gran Reserva” on the wine, it should had been aged a minimum of  five years, having been submitted to a process of mixed ageing in oak barrels and bottle. The wine must be aged, at least, twenty-four months in oak casks. 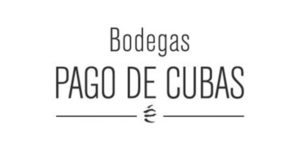