Getting to know the culture of our wine is the best way to discover the lands of Lleida. A wine that is characterized by its quality and production as well as wineries located in charming natural beauty…

The Costers del Segre Designation of Origin is a mosaic made up of seven scattered throughout the entire basin of the River Segre and the Lleida Pyrenees, with the aim of grouping together and providing a unique personality for grape and wine-growing in the province of Lleida.

The area of the Designation is different, with inverted geological and climatic characteristics. The connecting link is the middle basin of the river Segre, between the Pyrenees and the Ebro, and the dry climate of the interior, away from the influence of the sea and marked by an elevated insolation, a scant rainfall and persistent fogs of winter moisture.

Privileged location with soil of a limestone composition

The vineyards are located between 200 and 1100 m of altitude. The soil is calcareous sand covered, with a great uniformity in all the denomination. The subzones of Artesa and Pallars are the northernmost, with vines of greater altitude and Pyrenean influence. Raimat, to the far East, has a mild relief and continental climate. The subzone of the Segrià, Lleida plane, is characteristic of non-irrigated land. The Garrigues and the Riucorb valleys are arid lands.

The arrival of the phylloxera in Catalonia was in the year 1879, although in the province of Lleida did not arrive until 1895 (in 1893 began to find evidence of the insect). In the year 1893 phylloxera affects the departure of la Seu de Urgell, but it was in 1895 that Agramunt, Balaguer, Castell del Remei and progressively throughout the Western Territory all the vineyard was being affecte. In 1986 high parts of the Segarra were already victims of phylloxera. In Conca de Tremp arrived in June 1900 and had a quick and devastating effects. In 1901 had already spread considerably.

After phylloxera, vine cultivation decreased much. In this way, in 1909 the area planted with American vines (resistant to phylloxera) achieved in the province of Lleida 15.161 hectares, of which 13.343 were replanting land affected by phylloxera and 1,818 were lands which were not previously dedicated to the vineyard. The 102.920 hectares not reconstituted, were devoted mainly to the cultivation of olive trees. In the West zone, destroyed by phylloxera varieties were: Pinot, Samsó, Sumoll and Grenache. The varieties grafted on American strains were: Monastrell, Macabeo, Trepat, Grenache and Sumoll This was the moment when the French varieties, such as Cabernet Sauvignon were also imported. 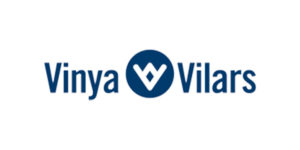