The Cigales Designation of Origin (D.O.) came into effect in 1991 but its relative youth is misleading as there is documentary evidence from the 10th century of vineyards in the different municipalities of the county, such as Cubillas and Corcos.

Cigales wines became very famous in both Spain and abroad. When the phylloxera plague decimated the French vineyards, Cigales vines were sent as far as Bordeaux to replace them.

This winemaking region was so important, by 1888 it was producing over 15 million kilos of grapes.

On 29 September 2011, Order AYG/1197/2011, of 22 September, was published in the Official Gazette, approving the new Regulation for the Cigales Designation of Origin and its Regulatory Board.

This new regulation authorises the production of white, sparkling and sweet wines after several years of experiments that have endorsed the quality of the wines produced in Cigales. The experimental varieties of Sauvignon Blanc, Cabernet Sauvignon, Merlot and Syrah are also used as complements to the main varieties, namely Tempranillo, together with Garnacha and the white varieties of Viura, Albillo and Verdejo, which have enjoyed a very close relationship with our historic and renowned rosés.

The county of Cigales covered by the Designation of Origin covers 574 km2 from the north of the Duero River Basin, along both banks of the River Pisuerga.

From a geomorphological point of view, the region is from the Miocene epoch. The soil is made up of tertiary and quaternary sediments: sand, limestone and marl, on a subsoil of clay and loam.

The soil has a weak granular structure, fine to medium, with few stones and little organic material (0.7 to 1.6%).

It lies on a subsoil layer of clay and loam and sometimes on sand and gravel. The limestone content varies greatly, ranging from 1% in Santovenia to 35% in Valoria. In general the soil contains enough potassium but is poor in phosphorous. Its pH is around 8.1.

The area has a continental climate influenced by the Atlantic, with wide temperature variations, both diurnal and also throughout the year.

Rainfall tends to be irregular with severe drought in the summer; winters are long and harsh with frequent frost and fog, with the predominant winds coming from the west and southwest.

The average annual hours of sun total 2,616, with a maximum of 371 hours in July and a minimum of 87 hours in December.

The vegetative cycle of the different grape varieties in the zone depends both on the weather and also the variety per se. The values below are therefore the averages for the different stages in the cycle.

Flowering: From the 10th to the 20th of June

Harvest: From the second fortnight of September up to early October 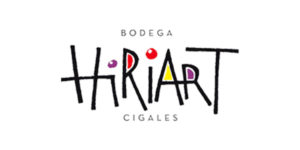